Full Disclosure: I earn a sales commission if you purchase Camtasia 2020 using one of my links. It doesn’t affect the price you pay. It does help me earn a living and keep this website running to help people achieve their goals. All thoughts and opinion are my own but I’m writing this post now because TechSmith has a contest for affiliates.

Oh, and when you buy Camtasia 2020, you should know they have a 30-day money-back refund policy (which I’ve used – see below):

I’m 25 videos deep in a 30 day challenge to try to make money online by creating a video a day for, well, 30 days.

And, I would say that the quality of my videos has improved significantly from the first video to the most recent video.

Check out the difference between my first video and my 25th video!

When I started this adventure on YouTube, I bought Camtasia 2019. It’s great.

Then Camtasia 2020 came out. It was less than 30 days since I bought Camtasia 2019, so I was able to get a full refund on the old version of Camtasia.

Then I turned around and bought the new version of Camtasia with the maintenance plan. (So, now I’m guaranteed Camtasia 2021.)

1. It takes me around 1 hour to edit and produce 1 minute of highly animated video.

I’m talking about a video with pop-ups every few seconds, animated effects that are timed with things that are going on in the screen.

The first few videos I made with Camtasia were pretty simple. I would record a few minutes in the afternoon, edit the video with Camtasia in the evening and then publish on YouTube later that night.

2. I can record a 3 minute screen recording tutorial for a client and get it to them in less than 10 minutes.

This is why I originally got Camtasia.

That works for me. In fact, I often prefer screenshot tutorials because then I don’t have to watch through the video to find out what to do.

But if you’re learning a new concept (or not super techie) screenshots can be just confusing. And detailed paragraph explanations just become a bunch of computer jargon.

So now, I put my explanations for clients into customized tutorial videos.

It’s often easier for people to watch things on video – plus, they can always refer back to the video if they forget and need a refresher course. Plus, they have the added bonus that they can pause the video tutorial whenever they need to so they can go at their own speed.

Originally, I was using some free screencast software but my workflow is way faster with Camtasia.

I can make and deliver a quick 3 minute tutorial for a client and email the link to them in under 10 minutes.

3. I find it way easier to create quick videos and better looking videos using Camtasia than other software

After Effects is awesome. It’s professional grade software and I’m somewhere at the beginning of that learning curve. I will say that I like After Effects better than Adobe Premier Pro because it lets me work with video and animated the way I wanted to.

It’s very technical and allows for exact precision over so many different aspects of video. But if I’m just creating a quick tutorial for client, After Effects is overkill.

Bottom line: I was looking for a video editing program that was easier to use than Adobe After Effects and created good stuff.

4. I thought things would get quicker as I got better at using Camtasia 2020…

And they did – now that I’m used to Camtasia, I’m able to do things a lot more efficiently.

But with every video, I want to improve my style and add new features, so any time I save by efficiency gets eaten up by adding in more complex animations.

So this means I know if I record a 3-minute video for SEOTeacher, I have to budget for at least 3 hours of playing with Camtasia 2020 to add the animations. (Add an hour or two if I also have to find custom stock photography to explain a point.)

But, the plus side is my videos are getting better, and I love this kind of stuff.

5. Camtasia 2020 has some time-saving improvements over Camtasia 2019:

The Media Bin is organized by file type in Camtasia 2020

Camtasia 2019 just had all of the files listed together in one big mess.

So, it’s a little easier to find the file I want.

You can add BEHAVIOURS and ANIMATIONS to GROUPS in Camtasia 2020

This is huge. Before in Camtasia 2019, when you had a group of objects, if you wanted to add a bouncy behaviour, you had to add the animation to each single object – even if they were in a group.

Camtasia 2020 lets you just animate the entire group so you get that cool bouncy effect with one click. Way faster with complex groups.

(Yes, you can still animate objects inside of groups.)

You can save a project as a template. Camtasia 2020 makes it easier to create a consistent look / series

In Camtasia 2019, I used to use the last video file as a starting point for the next one. (So I’d open the Day 24 project file for Day 25, and then delete everything but the intro, outro and titles and then add my new assets, etc…)

This worked, but it was clumsy and the media bin started to fill up with a lot of old files that I didn’t need in the current video.

Camtasia 2020 lets you create a template for consistency. So you just create a new file from the template – and your intro, outro and titles are already waiting for you.

Camtasia 2020 lets you put a screenshot or video right into an iphone or desktop monitor with the click of one button.

In Camtasia 2019, they had a bunch of video files of iphones and laptops that you could use as a picture frame around your screenshot. But, you would have to manually position your screenshot into the center of the frame. (And then group the object.)

In Camtasia 2020, putting a screenshot into a device frame is a single video effect. So you literally click one button (Device Frame) and instantly your screenshot or movie object looks like it’s playing on a computer screen.

(Well, I guess you have to click a second button if you want to change the frame to a phone or laptop.)

Either way, this definitely speeds things up.

There are lots of other improvements that I like

But what would be more awesomer?

Yes, there are some work-arounds that you can do by creating a group with invisible objects, but I wish you could just click and drag the rotation point of an object.

I wish Camtasia 2020 would let you align and distribute objects

In a lot of programs (i.e. for example, Google Slides) you can select multiple objects and then you have

Camtasia 2020 will snap objects as you drag them close to each other so you can eyeball things, but really, doing it by menu option would be a lot easier.

Yup, there’s an upload to YouTube button (instead of your computer or Google Drive.)

Nope, I’ve never gotten it to work for me. (I think I read somewhere there’s a limit to the number of Camtasia users (worldwide) allowed to upload per day – so if it doesn’t work, try earlier in the day before the limit is reached?)

Last thoughts about this latest version of Camtasia 2020

Yup, I still use it.

If you have any questions or comments about this review or anything that I’ve done in a video, let me know below. 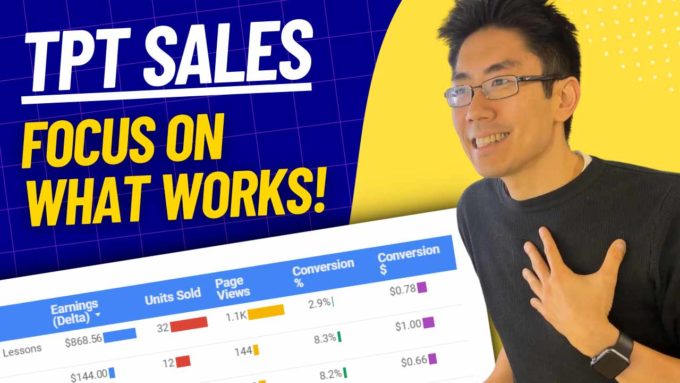 If you sell on Teachers Pay Teachers, get more sales by focusing on what works. It’s your FREE data playbook! (TPT Tip 003) In this… 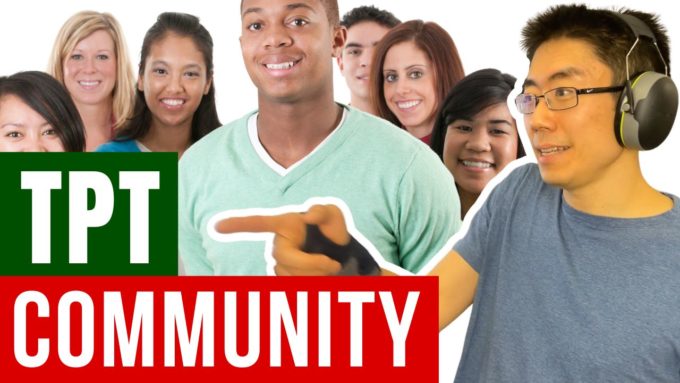 This is the show notes page for the episode about the TPT Avengers. If you have already watched the episode, you’re probably looking for this… 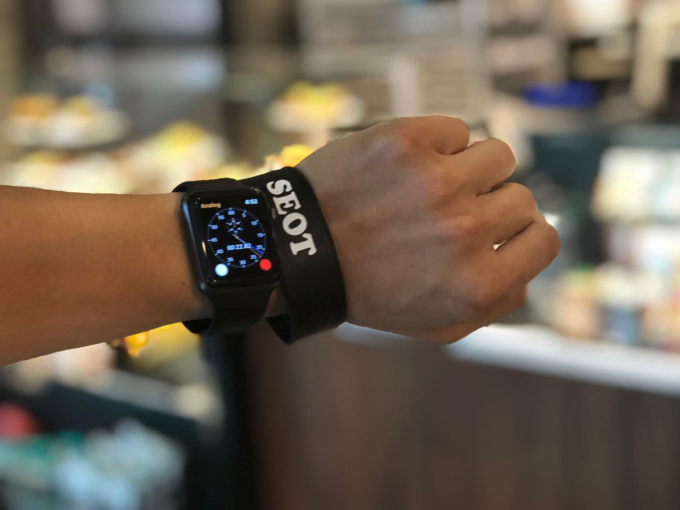 Too Long; Didn’t Read Summary: This article about how to spend your time when making money online uses a formula to analyze how you can… 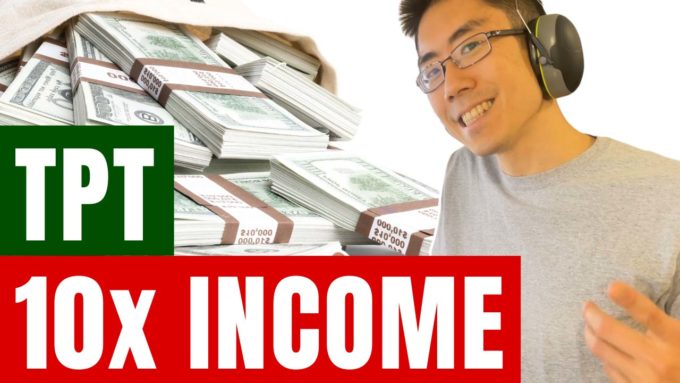 I will show you EXACTLY what I did on eight TPT Products to immediately increase my TPT Earnings by 10x. Frustrated by changes in the… 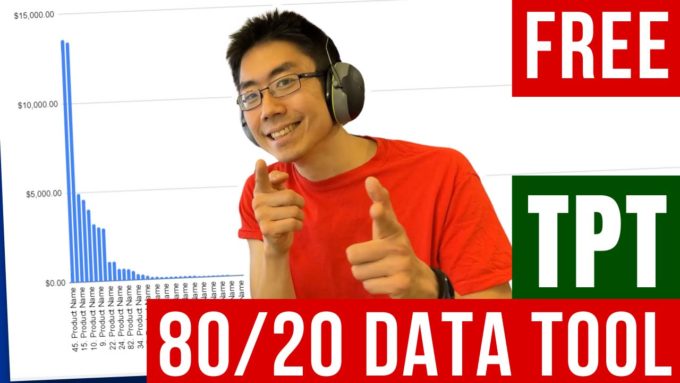 Episode 019 is about a FREE TPT Data Analysis Tool to help you use the 80/20 Rule to develop your TPT business strategy. Watch the…

This site uses Akismet to reduce spam. Learn how your comment data is processed.